The Priesthood. The Exodus hoax. 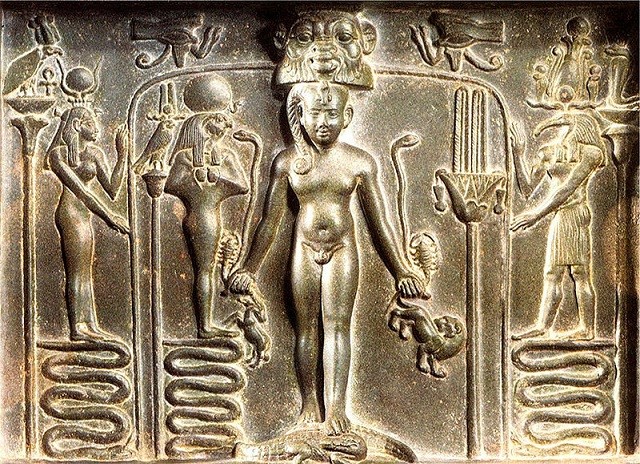 Anastasia talks to Vladimir on a number of occasions about true historic events that have been ‘covered up’ by those she calls the “Priesthood”. Anastasia has access to this information as it has been handed down to her through her family line, the Vedrus. As well, she is able to “see” for herself what happened during those times in history, through her “ray” which gives her the ability to see past and future events. Vladimir himself experienced ‘travelling’ with Anastasia both into the past and into the future on at least 3 occasions I can think of off-hand, during his 1995 and 1997 visits:

Vladimir had very strong and vivid experiences during these ‘visions’. Anastasia and Vladimir were, in layman’s terms, “astral travelling”. We know that Vladimir experienced the same as Anastasia during these “visioning times” because they were able to conduct a conversation about what they saw once they had returned fully back into their bodies. Anastasia makes it very clear to readers of the Cedars books that history has been “adjusted” over time to keep future generations of people on planet Earth in the dark about what actually happened in times past.

During one of the discussions Anastasia has with Vladimir about the origins of “the Priesthood”, Anastasia takes us right back into Egypt, circa 3000 BC. Anastasia tells us about how the Pharoah was chosen by the Egyptian priests. Boys would be brought into the temple where their skills, aptitude and malleability would be tested. One of the main qualities the Priests were looking for among their ‘trainees’ was a boy’s ability to accept whole-heartedly that he is God. At that time, it was believed that the Pharaoh was directly descended biologically from Ra, the Sun God. The boy chosen to be the next Pharaoh would have to carry a certain arrogance with him and have the kind of mind that would not question this supposed lineage. The second quality the boy/young man would have would be to completely trust the Priests. In this way, the Priests of Egypt could remain quietly in the background manipulating all of the affairs of state.

The ‘history’ that we know about is of a man called Moses who had a brother named Aaron who was a priest of the Hebrew tribe known as “Levi”. Presumably, this would mean that Moses was of that tribe also, if Aaron was his blood brother. Now if you go back a bit into your Bible knowledge, you will remember that it was this little Hebrew infant Moses who was set to float in a reed basket of some kind down the Nile river. The Pharaoh of the time had had a dream saying that a scion of the Hebrews would rise into ascendancy and usurp him, so he declared all Hebrew babies of a certain age be put to death. Moses’ mother set him to float down the Nile delta in an effort to save his little life. Moses was plucked from the water by an Egyptian Princess supposedly, and grew up in the court of the Pharoah. Moses never lost contact with his Hebrew slave family of his birth because ironically, Moses’ own mother became the wet nurse to the infant. Moses own mother was a slave within the court of the Pharaoh apparently. Perhaps this is how she found out about the edict to rid the land of Hebrew babies of a certain age and thus, gave her own child a chance at life.

OR : Is this the story that The Priesthood wants us to believe?

The Priesthood had a much bigger goal in mind than just Egypt, it would seem. Anastasia tells us that by whatever means, the Priesthood infiltrated the Hebrews and led them out of Egypt by way of a series of miracles. The Priesthood were quite capable of creating such miracles as they had discovered the power of thought and intention through one of Anastasia’s many-times-great grandfathers. Anastasia talks about this great grandfather in detail in one of the books who had lived prior to the ascension of Egypt historically. He had been of the ancient Vedic line and knew many mysteries.

An estimated 1,000,000 people (you can calculate this from the numbers given in the Old Testament/Torah), the gold of Egypt which the Egyptians gladly gave to the Hebrews just to get rid of these people out of their land (this is given no emphasis in the Book of Exodus but is invariably a very important point), and many herds of cattle, sheep and goats of great value went with the children of Israel that day.

Note 1. “Israel” was the name of their ancestor through the lineage of Abraham.
Note 2. Abraham had originally come from Mesopotamia and the tribes of Sumeria (Iraq) as talked about in books such as “The 12th Planet” by Zecharia Sitchin. Therefore, Abraham didn't come from Palestine!  ie: Modern day Judaism has no right of claim whatsoever on the land of Palestine.


Meanwhile, back at the University of Tel Aviv Jewish Professor Israel Finkelstein can't find any evidence that the Exodus ever happened. The story continues...

The Hebrews were led out of Egypt under the guidance of “the Priestly line of Levi”. God spoke directly to Aaron who was the High Priest of the Priests of Levi. During the 40-year sojourn in the desert of what is now the northern-most part of modern day Saudi Arabia, the rituals and holy days of the new Tribe of Israel became established. The old defeatist ways of Hebrew slavery under the Pharoahs was eliminated. After two generations, the Israelites were ready to "claim back" the land of their forefathers - at least, that was the sell because Abraham was originally from Iraq! No wonder ISIS was set forth by the CIA recently to destroy all ancient artifacts throughout Iraq and Syria - this is a typical 'trick' of The Priesthood. The Israelites went to war against all the tribes of Canaan including the “Philistines” who are the modern day Palestinians !!!

This Priesthood would have came out of Egypt with the Hebrews in circa 1500 BC, as the story goes. However, archaeologist Joann Fletcher has found an original Egyptian manuscript saying that the Egyptians had never had any contact with the Hebrews at all, until Egypt went to war with the Hebrews in Canaan, in around 1400 CE.  Ok... So "somebody" is not telling us the truth. These Priests and the people who were allegedly led out of Egyptian slavery (said to be "Hebrews" - fake story), are still enjoying power - "The Priesthood", the Priests of Amun aka "Amen" - a word still used at the ends of prayers of three of the world's great religions. eg: In Jesus' name (which really is:) "Amen". Think about it.

Anastasia says that anyone we can see out in the public are not members of this Priesthood themselves. Modern day politicians and the banking elite will most certainly have been placed in these positions on purpose by The Priesthood, for whom the monetary benefits will be extraordinarily great, just like they did in the olden times in the days of the Pharoahs in Egypt. Anastasia tells us that those people who are seen, those people in the public eye are not the Priests. These are the people who are put out in front so that the actual “Priesthood” of which there are around six actual people still operating in our modern world through a line of descendancy, can remain anonymous. Anastasia tells us about the High Priest in the Ringing Cedars of Russia books, how he lives in our modern time and what he does.

I bring all this to your attention now, on the eve of the American money system failing… and of the Euro-Zone failing. These are the historic events surrounding "the priesthood" of whom Anastasia speaks. Keep your eyes open. Remain alert.