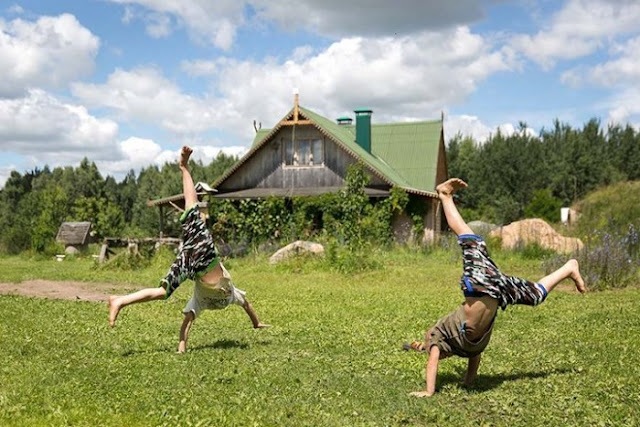 Image and article  - "Belarus prepares law on patrimonial estates for adoption."
Friday, September 8, 2017. [there were some hold-ups. Clarifications needed]

"We need at least a hectare of land: the concept of the law on patrimonial estates is being developed in Belarus"

"The concept of the law on patrimonial estates is being developed in Belarus," BelTA informs referring to Deputy Prime Minister Mikhail Rusoi, who hosted citizens in the Council of Ministers.

The Vice-Premier informed that the concept of the draft law on patrimonial estates is in a high degree of readiness, a working group has been created that is considering this issue.


- In general, the concept is practically developed, now we are clarifying some specific points. In particular, the question of how much land to allocate for such estates is being discussed, "explained Mikhail Rusy.

The topic was raised by Natalya Stekolnikova, representing one of the largest settlements of ancestral estates in the country "Roses" in Volozhinsky district. In this settlement now lives more than 50 families. Natalia came to the reception to the Deputy Prime Minister with proposals to the draft law.

- We participated in the development of the concept of the law on patrimonial estates, worked on it for many years. Now the concept is being finalized. We see the potential development of the village with the help of such experience. This law is necessary for the land to remain forever for children and grandchildren, future generations of the family that this estate establishes. The main postulate is that the land should be transferred to the ownership and could not under any circumstances be sold, but could only be inherited, - explained Natalia Stekolnikova. At the same time, in her opinion, it is necessary to allocate at least 1 hectare of land for such estates.

Mikhail Rusy drew attention to the fact that it is very important that people come to the reception of citizens with such issues as patrimonial estates.

- They lie in the plane of development of the state, economy. People want to tidy up empty villages, unique places, develop green tourism, eco-tourism, lead a healthy lifestyle, and this is a contribution to the development of the country's future. Especially representatives of these estates - trained people, have a legal basis and very seriously help us, - said Mikhail Rusy.