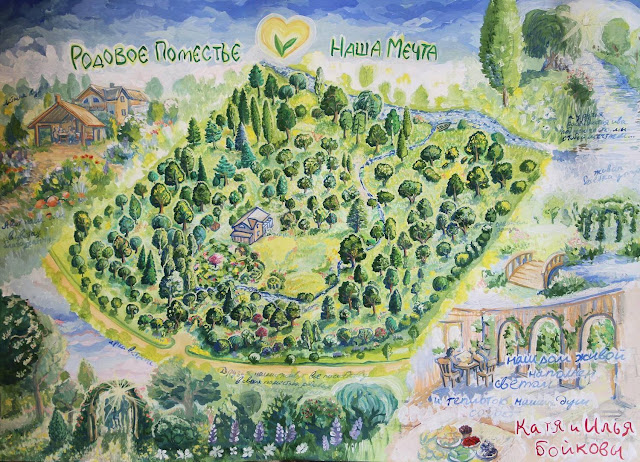 Anastasia's advice, to those who can do so, is to return to Nature, build a family permaculture holding and live there in happiness. The tools she suggests for bringing this into reality are thoughts and images of a better and more harmonious life. She feels that the traveling bards and storytellers will carry these ideas throughout the Russias. She aims at no less than changing civilization as we know it.

A Space of Love. Anastasia: New Heroine of the Russias


We are taking the opportunity in this "tribal" issue to bring to our Western readers the remarkable phenomenon of Anastasia, a new heroine who offers hope to the people of the former Soviet Union.

Anastasia grew up ''in the wild,'' totally naked in the forests of her beloved Siberian taiga forests near the River Ob. She is an emissary directly from Nature. Her very existence is one answer to the question we have been asking our contacts: How can we heal ourselves and the Earth?

Anastasia, Who Is She?

Anastasia is a recent phenomenon in the spiritual life of the former Soviet Union. As well known as she is to almost every man, woman, and child in the Russias, she is totally unknown elsewhere. Through her partner, former businessman Vladimir Megre, this 28-year-old woman has produced five out of nine planned books, all of which are best-sellers in the Russias. Millions of readers in Russia, Ukraine, and other countries love the Anastasia books, their heroine, and the way of life that she is proposing.


Why do we know about Anastasia?

One cool, sunny day in Siberia, a man wandering along the banks of the Ob River met a woman wearing heavy clothing and gumboots, "Anastasia". The man, Vladimir Megre, told Anastasia that he was hoping to find two old men who he had encountered the previous autumn. The old men had hinted to Vladimir that they possessed certain secrets of the cedar tree. This message led him to spend the following winter researching the tree's properties. Megre had come to the forest in hopes of speaking to the old men again.

Anastasia told him that as it happened these two old men were her grandfather and great-grandfather. She agreed to guide him 25 kilometers through the taiga to where her elder relatives lived... Anastasia explained why she is never cold. "The organisms of those who cover themselves with heavy clothing -- of those hiding from both cold and heat -- lose more and more of their ability to adapt to the changing environment. I never lost this ability. That's why I don't really need clothing."


What does Anastasia actually do?

What does this young woman do for the whole day if she needs to think about neither food nor clothing? She participates in the life of the bigger world. One of two of her main areas of interest is the dachniks - the people in the former Soviet Union who grow plants on their dachas.

Anastasia: "The society you live in today can learn much through communicating with the plants grown on dachas. For instance, working on their dachas, people feel better. For many people, dacha life becomes a way to live longer. They become kinder people. It is dachniks who could bring into society an awareness about the malignancy of technocratic civilization."


Her tool in this task is her "beam." With the aid of her beam, Anastasia can connect with a particular person and see, hear, and change what's going on around this person. She can put helpful ideas into a person's mind, like plant-growing secrets into the mind of a dachnik gardener, or into the mind of a doctor the best way to treat a sick person. She had performed the latter feat when Vladimir became sick in the city after their meeting.


Vladimir Megre: From merchant to author!

Vladimir Megre could not believe that he would write a series of popular books, and when reading them you can tell that he isn't a writer. But still, the books contain the magical presence of Anastasia. So Vladimir has became one of the best-selling authors in Russia. His fifth book was just published in a batch of half a million copies.

Megre's books have made a big splash in the Russian Federation and also in Germany. Many people feel an attraction to Anastasia's vision of the future. Her followers are growing cedar trees from nuts. They talk about living in the country and about new ways of bringing up their children.

This story holds the promise of a different future - a world where man will live in harmony with nature and not limit himself with the tools of technocratic civilization. From living in this manner, a person's mind will be much stronger and more powerful than it is now.


The Future of the World - Anastasia's Dream

When Anastasia wants to accomplish something, she dreams of it in much detail and with a joy in her heart... Anastasia is dreaming a plan to change the Earth. According to her plan, everything is going to start in Russia (she mentioned Ukraine and White Russia as well). Every family will be able to obtain for free from the state (it happened in 2016) a one-hectare piece of land which they will own, but without the right to sell it. The family will make a family estate there for the generations to come. Everything is going to be on that one hectare - a building, one-quarter to three-quarters of a hectare of forest, a pond, fields, and a fence made by trees and bushes.

Since according to Anastasia it's possible to raise plenty of agricultural products without using chemical fertilizers, the family will be able to feed itself and even sell the ecologically pure produce at market. And they will have plenty of time to think about the really important things (Anastasia calculates that an average person in Russia spends three hours daily watching television, but only 15-20 minutes per life thinking of God). Anastasia says that if you sow things properly, the plants will regenerate the soil by themselves, just as they do in the wild and everywhere else where man is behaving himself.

The base of the new Russia's wealth, Anastasia claims, will be those private estates where people will live happy lives and children will see Nature all around them. Anastasia sees schools in about 150-200 family settlements - a new kind of school, based on love and openness. Megre found a prototype of such a school run by M.P. Shchetinin. Children love to be in this school that they built by themselves. By immersing themselves into the building of a school, they learn all the math they will ever need in just a year or two.

Most of Moscow's population, Anastasia says, will leave the city and settle in the country. Russia's capital will be left to foreign tourists, who supposedly will come in masses to see the new country, drink pure water from clean rivers, and eat freshly-picked vegetables. Anastasia believes that the rest of the world will follow Russia in the forthcoming eco-revolution.

​
A word from Kostya Kovalenko upon closing ...

This whole story sounds like a modern-day fairytale. Or maybe ''legend'' would be a better word. One can't prove or disprove this story, but I found it resonates very well with my heart and it doesn't sound unreal for my mind.

Personally I would love to live in such a world, one full of love and joy. It doesn't matter for me whether Anastasia really exists or if she is just a powerful image created to make money, as unbelievers claim. We are powerful enough to change even without Anastasia - if not the whole world, then at least our own lives and the growing up experience for our children. We always can choose to live in the world of love instead of the world of fear.


Anastasia tells us all to take out some art gear and begin drawing. This helps us literally "draw" our family land towards us. Anastasia talks at length about "the science of imagery" in the Ringing Cedars of Russia book. Any visuals are very powerful she says... so take your eyes off the things that you don't want, and put them on the things that you do want.  Time to start "drawing" your dream towards you....  😃 😃